After successful careers in real estate, energy, timber and investments; Butch McCaslin, Tommy Barrow and Dave Henderson founded McCaslin Barrow Henderson, known as McB, in 2008. The principals combine a long history of business success and complimentary skill sets. McB focuses on private equity investments in the timber industry with a proven track record of deals throughout the South. Barrow and Henderson became familiar with the business as a result of their roots in Longview, Texas, in the heart of the piney woods. 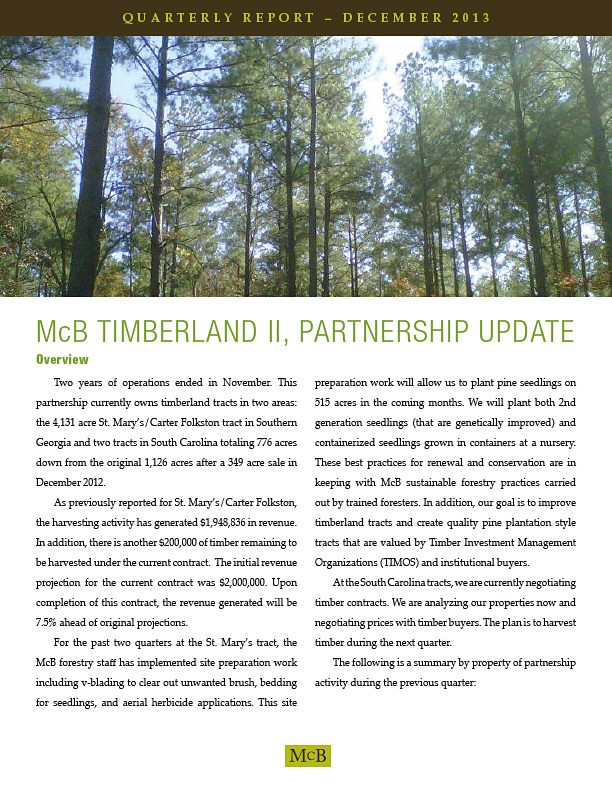 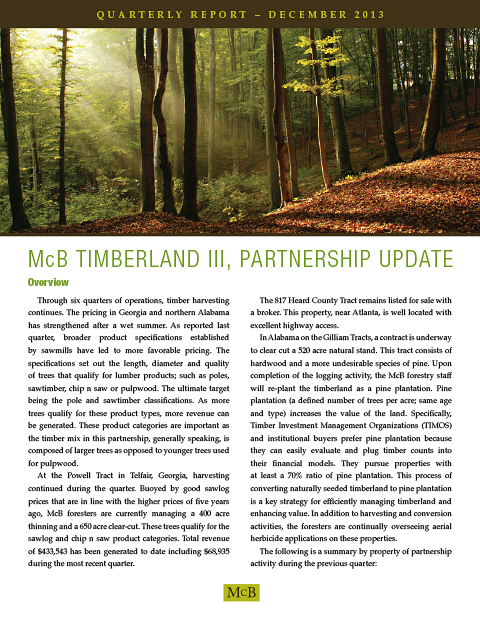 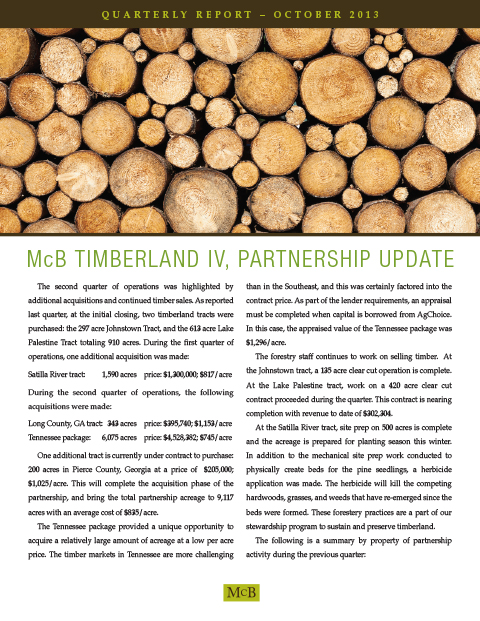